How to Be a Funny Campus Tour Guide 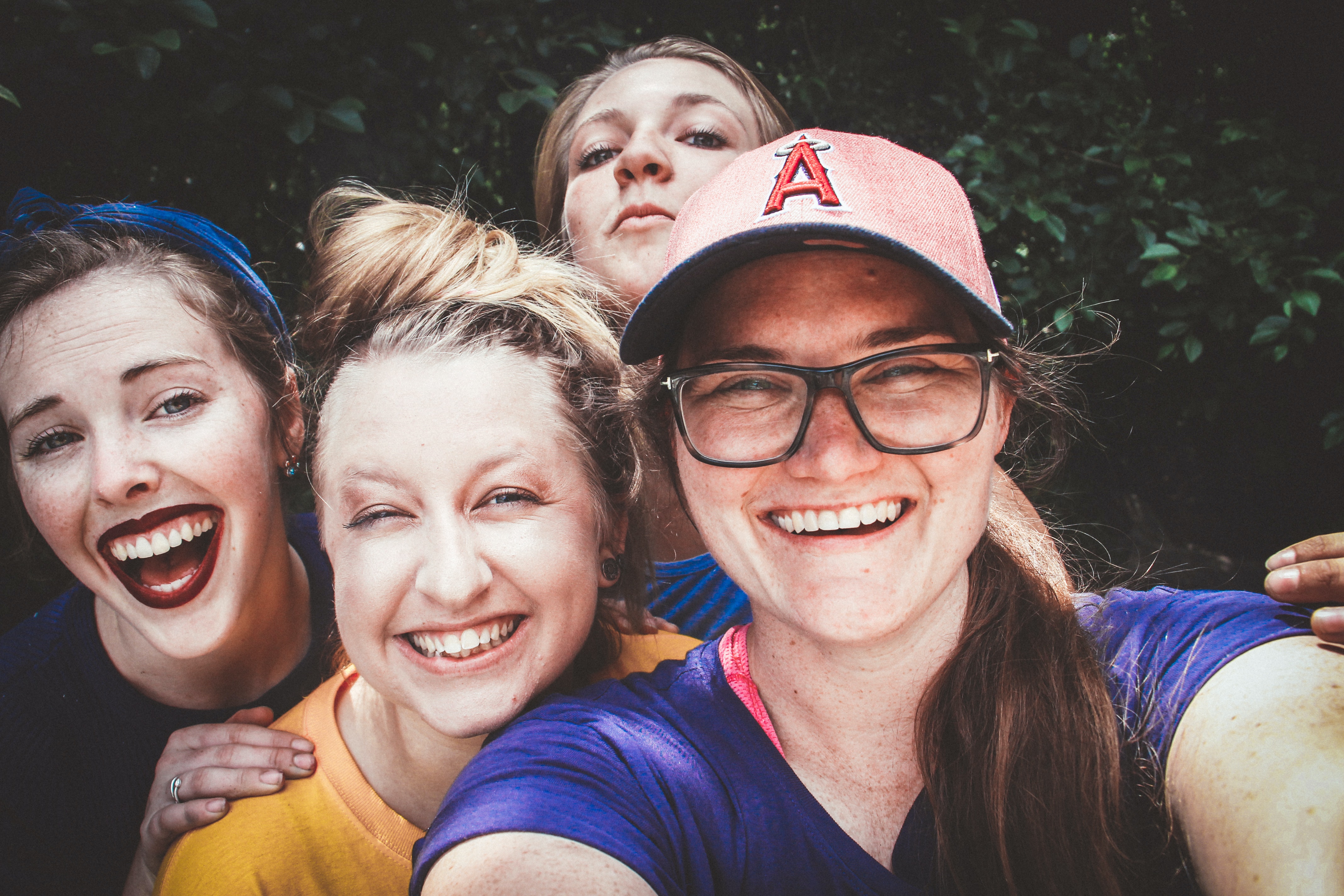 Not everyone is born a natural comedian, but the one thing that we know everyone has in common: people love to laugh. When they say laughter is contagious, they weren’t kidding. A study found that “the brain responds to the sounds of laughter and preps the muscles in the face to join in the mirth.” Meaning that if you see people laughing at a joke that you didn't hear, chances are you will smile anyway. This is good news for campus tour guides! If you can get even one person to laugh on your tour, you can get the whole group laughing. Laughter is actually a subconscious way of making connections and showing understanding in communication. That’s why being funny on campus tours is a great way for tour guides to make real personal connections with visitors.

Here are some ways that you can improve your humor skills and make prospective students and their families laugh their way to enrollment.

The Element of Surprise

A great way to get people to laugh is through misdirection in your storytelling. In Gene Perret's "Comedy Writing Workbook" he writes:

“Comedy is mentally pulling the rug out from under each person in the audience, but first, you have to get them to stand on it. You have to fool them, because if they see you preparing to tug on the rug, they’ll move.”

As a campus tour guide, you tell stories all throughout your tour. This is how you gain your audience attention and keep them engaged. So, as the tour is moving along, your tour group should have a predictable train of thought and familiar expectations. Then, all of a sudden you give them something they didn't expect. A sudden change of story gives a nice twist in your message, creating a disruption in your speech that will not only keep your audience curious, but will definitely put a smile on their faces. A small example could be something like “when I was in high school I thought dorm life was going to be so much fun. Now that I’m actually living in a dorm… I know it is.”
Another great technique is suddenly changing your tone of voice. Now the disruption will not come from changing your message, but from how you say it. Draw your audience in by slowly lowering your voice and then, BAM! Project and surprise them with an unexpected change of tone. Throwing in these surprises will keep your visitors on their toes! And you can easily start using them from the beginning, as a great way to break the ice.

Observational humor can be very powerful, especially when you close in on something that is very recognizable by your audience, but creates awkwardness when spoken out loud. You may have heard the statement, "it's funny because it's true." An audience’s usual reaction is to laugh to relieve a feeling of discomfort, because most likely everyone was thinking the same thing, just no one has said it out loud. An example you can use on your tour can be something like, "You see here is the coffee shop, the place where students come and stare at their phones while they sit together." If you are having trouble finding insights to reveal out loud, just try taking a common, obvious truth that would normally go unspoken or ignored, and put a magnifying glass on it. Something like, "And this, here, is a brown building" (obviously). Or take some cliches and admit them to your audience - "And on every campus tour we must mention the school mascot, which is wearing a school t-shirt, of course". Get inspired from your visitors' questions or your initial training, or think of what every campus has in common. Another example can be “in front of the entrance, here, we have our famous Raging Bull Statue. We call it that because, well, it is a raging… bull.” When you are stating the (painfully) obvious, the visitors on your tour will laugh. Even if it's a shy smile, you will know your audience is feeling more relaxed!

Exaggeration is simple: you take the truth and stretch it. You can get anyone on your tour to start laughing with a little creativity. Try some different techniques for exaggeration applied through one-line jokes, anecdotes or character development (stereotypes). An overstatement, also known as a hyperbole, is when you over-emphasize a point that otherwise would have been considered less significant. For example, you may have often said the statement “I nearly died laughing” when telling a story. Here you inflate the importance of what is being said so that it sounds a little ridiculous. When you exaggerate the truth to the point that it becomes illogical, it turns into an absurd story. Humor comes from how creatively you can dramatize, and how much you’re able to stretch without going too far. An example: “You know, I was visiting a small town last week. It was so small the Enter and Exit signs for the town were on the same pole.” Add a little exaggeration in your stories and try them out first with friends or colleagues, to make sure you don't go too far. You are probably using it already without even knowing.

Making (a Little) Fun of Yourself

Sometimes poking a little fun at yourself can help you seem more approachable. When the joke is relatable, it makes strangers feel familiar, and your visitors can open up to making personal connections with you (and thus feel connected with your school). It’s also a great way to show your tour group that you are ready for a good time. Try adding in something like “I can recite the cafeteria menu by heart, but that still didn't make me campus tour guide of the month." Or, "I never make the same mistake twice. I make it five or six times, just to be sure". Or, if you are wearing a hat that covers your hair, take it off toward the end of the tour, look at your tour group for a moment and say: “I bet you all thought I was wearing it to look cool. No, I'm just having a bad-hair day."  A little self-teasing can really go a long way. A study from the University of Granada in Spain found that people who make self-deprecating jokes may actually be happier and better socially adjusted than most people. This can definitely come across to your visitors if done in a fun and tasteful way.

Next time you give a campus tour, try out a few of these techniques. It may take a little practice to get comfortable with your words and delivery. Don't give up easily. Be strong! (that's what I always whisper to my wifi signal). Laughter is a universal language. When visitors look back at their tour, they will remember the fun they had smiling along with you and making personal connections, rather than getting an hour long-script. Your tour will be the one that prospective students will remember when making their decision.

If you would like to learn more about comedy, we have linked a few resources for you!

Comedy Writing Secrets: The Best-Selling Guide to Writing Funny and Getting Paid for It, by Mel Helitzer

The Hidden Tools of Comedy: The Serious Business of Being Funny, by Steve Kaplan

The Comic Toolbox, by John Vorhaus 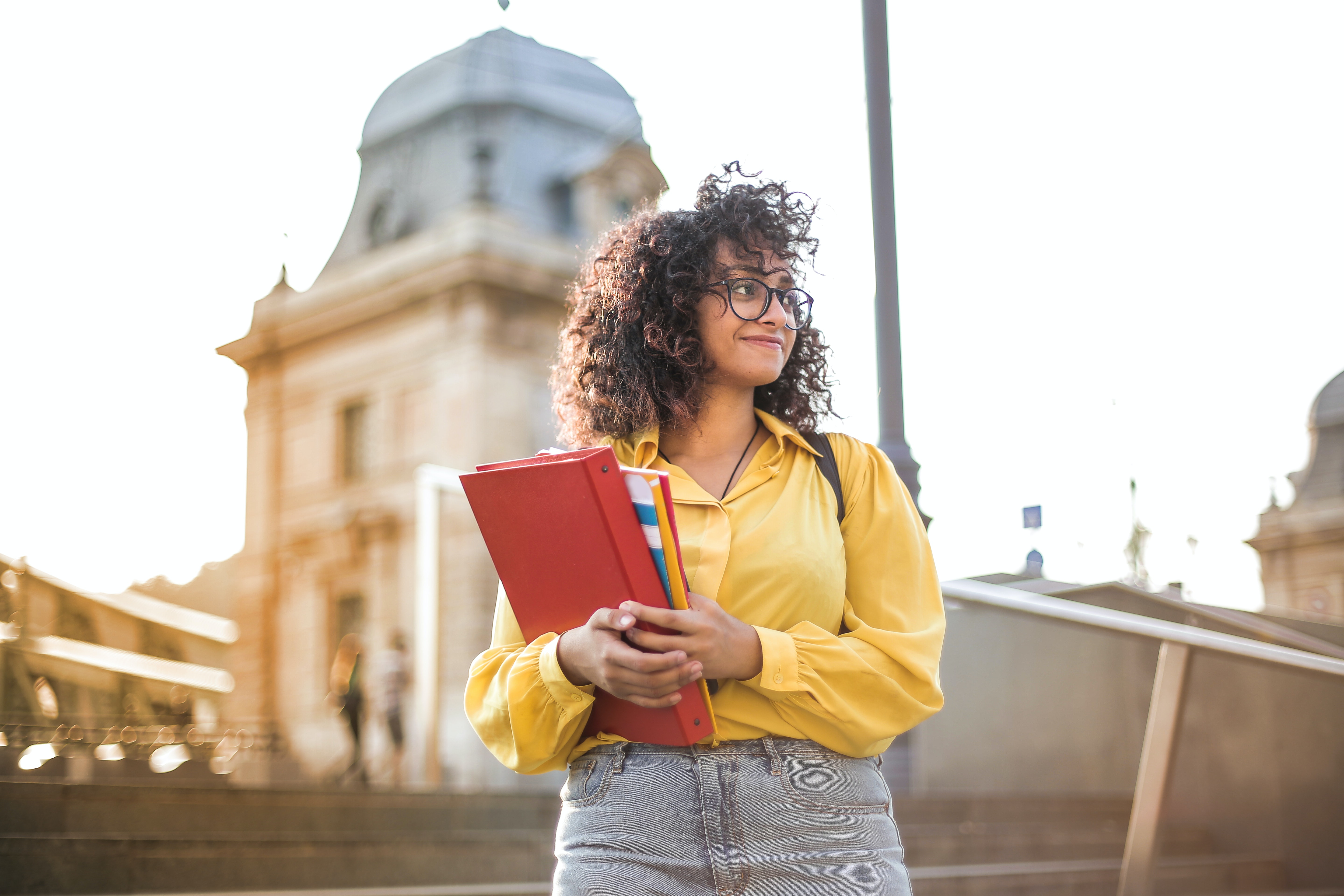 Tour GuideSchool Campus
The Skills Campus Tour Guides Need to Create Memorable Experiences
There are certain skills that every campus tour guide is required to have. Some of the obvious include good communication skills, customer service, organization, and in-depth knowledge of the university. A tour guide needs to give a good impression of the school to put it at the top of prospective students' lists. But besides the basic resume requirements, what is going to make your campus tour and your university really stand out to visitors?
READ MORE 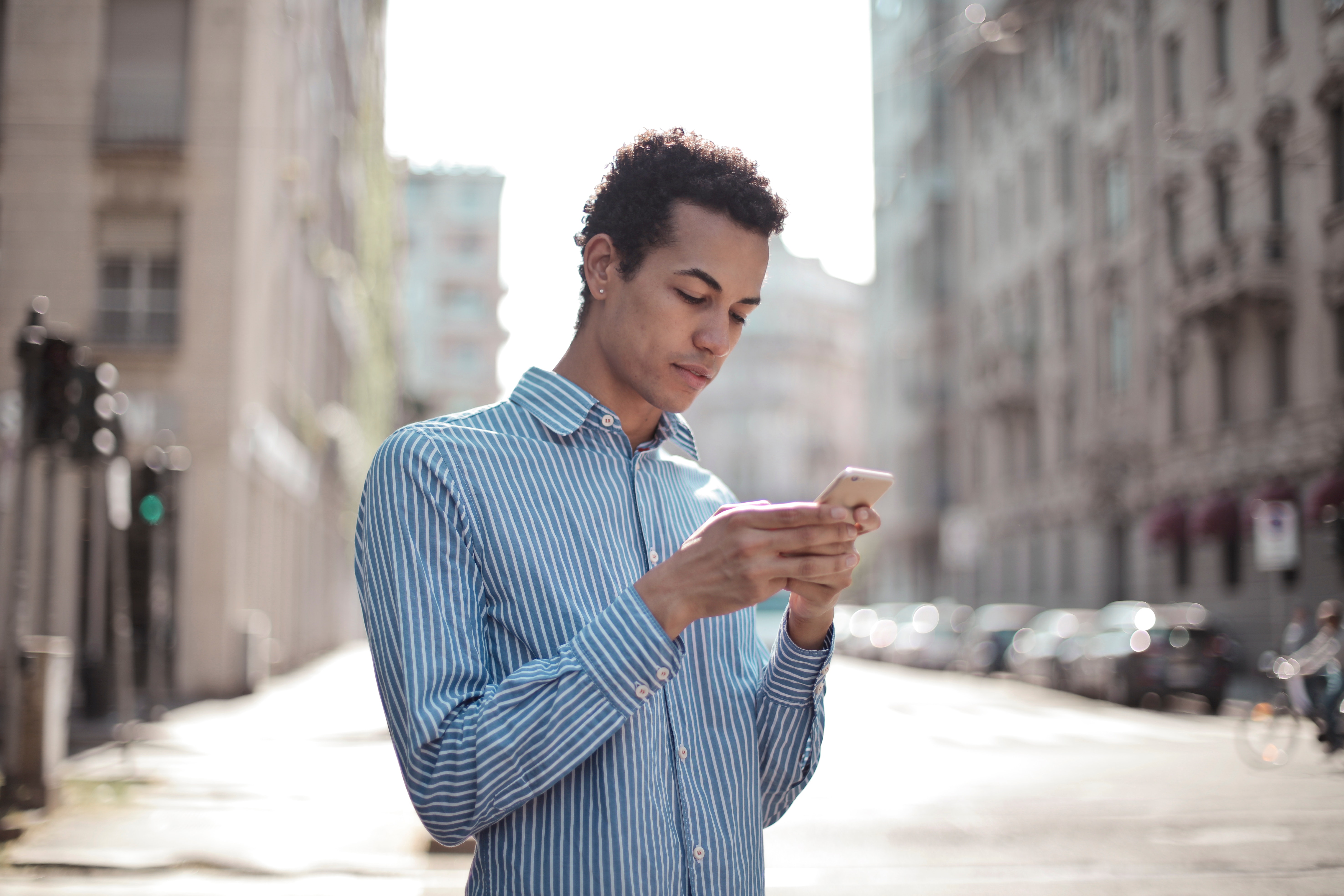 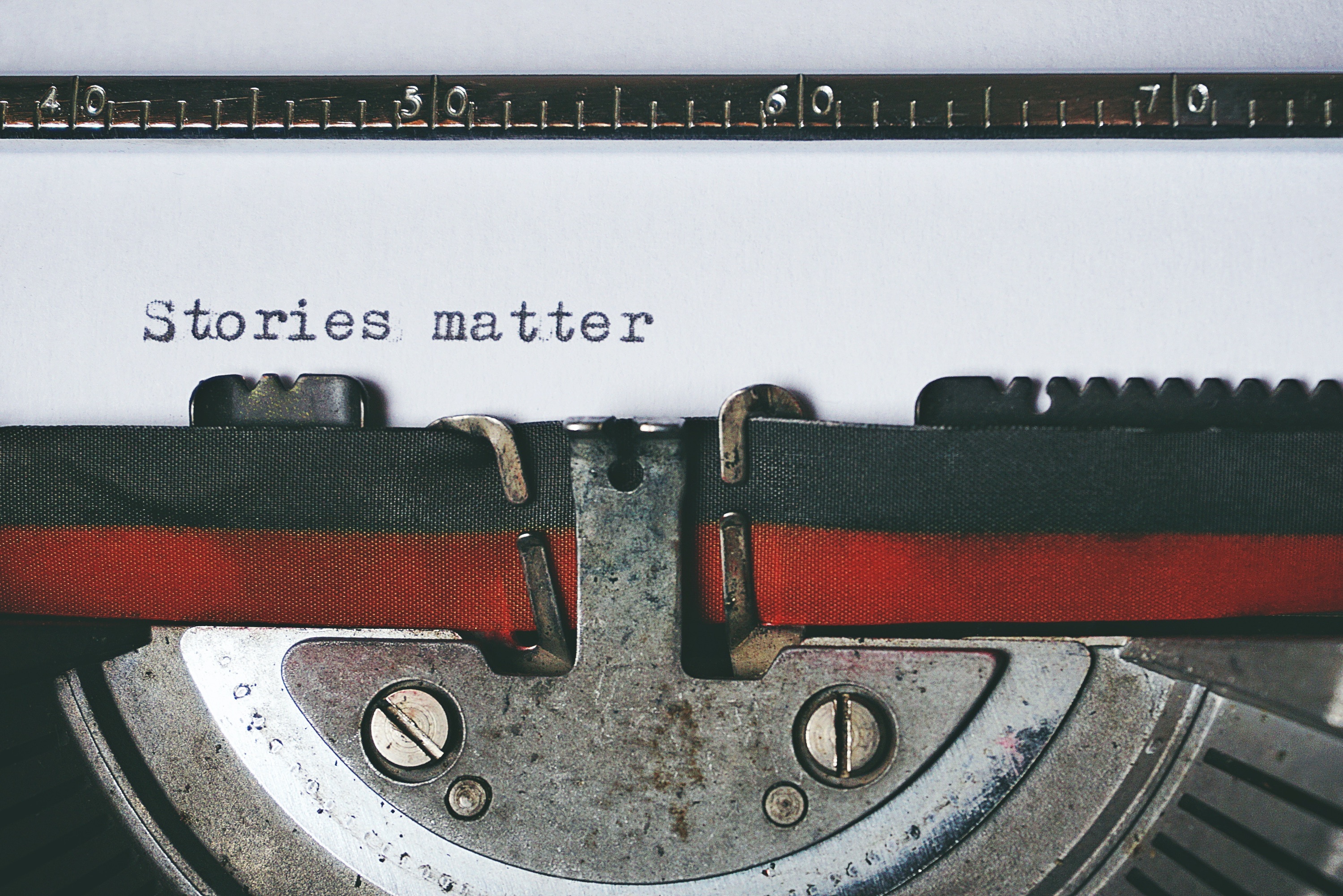 School CampusTour Guide
Campus Tours | The Power of Storytelling
Storytelling is the most powerful tool that campus tour guides need to connect with visitors. Like any business transaction, people buy from those they know and feel connected to. We are here to give you a few tips to take your storytelling skills to the next level, so that you can make a connection and your visitors can get the most out of your tour.
READ MORE